Joseph A. Hardy III, founder of 84 Lumber, Nemacolin resort, and Hardy World, celebrated his 100th birthday on Jan. 7, 2023. Throughout his life, he’s believed that “Nothing is Impossible,” and his contributions in the last century prove what he’s always believed.

In sharing his secret to longevity, Hardy says it’s important “to stay contemporary and stay with the times as they continue to evolve. The basic principles don’t change too much whenever you are dealing with human nature.”

Born in 1923, in Upper St. Clair township, outside of Pittsburgh, Pennsylvania, Hardy graduated from high school in 1941, and enlisted in the U.S. Army Air Forces serving as a lieutenant and Air Forces radioman during World War II. Following the war, he worked at his uncle’s jewelry store, later graduated from the University of Pittsburgh, and opened Green Hills Lumber in Bridgeville, Pennsylvania.

A few years later, he pooled resources with his two brothers and two of his friends to pay for land and buildings for a new venture, the cost of which totaled $84,000. With determination and vision, 84 Lumber, a new cash-and-carry lumber business, opened in the town of Eighty Four, Pennsylvania. Under Hardy’s leadership and tireless work ethic, 84 Lumber expanded and became the largest privately owned building materials supplier in the country.

Hardy went on to earn an honorary Doctor of Law degree from Washington & Jefferson College in 1984. He would go on to establish a program at W&J for the study and encouragement of entrepreneurship. Garnering attention and accolades with his ascent in the business world, in 1985, he made his first appearance on The Forbes 400 list as one of the wealthiest people in the world, and Venture Magazine named him Entrepreneur of the Year in 1987.

In 1987, Joe Hardy attended a bankruptcy auction with hopes of buying a few acres near a lake for his daughter Maggie, and he came away with a few hundred acres, an old hunting lodge, a golf course, and the foundation of what Nemacolin resort is today in Farmington, Pennsylvania.

The University of Pittsburgh elected Joseph A. Hardy III to the board of trustees in 1989, and Hardy became lord of the manor of Henley-in-Arden in Warwickshire, England — a title that dates to the year 1220, and one which he later bequeathed to his daughter Robin in 1995.

In 1992, Joe appointed his daughter Maggie as the president of 84 Lumber, and together, they led the company with growth, visionary sales achievements, and success. With Maggie at the reins of 84 Lumber, Joe continued to develop and expand Nemacolin, working with the famous Pete Dye to develop and build the Mystic Rock golf course, which opened in 1995, and hosted the PGA 84 Lumber Classic from 2003-2006.

Expansion continued at Nemacolin in the late 1990s and early 2000s, bringing to the property a 124-room hotel modeled after the Ritz Paris. Hardy named daughter Maggie as president and owner of Nemacolin in 2002.

The year 2004 was notable for Joe Hardy: 84 Lumber achieved $3 billion in sales; Hardy became a Fayette County Commissioner while spearheading a multimillion-dollar project to restore and revitalize downtown Uniontown, Pennsylvania; Hardy was awarded the Washington County Community Foundation’s Philanthropist of the Year and the Fayette County Chamber of Commerce’s Citizen of the Year in Pennsylvania; and the Frank Lloyd Wright-inspired Falling Rock hotel opened at Nemacolin.

In the decades of his continuing story, Joe Hardy has remained steadfast in his commitment to his family, community, region, and to his businesses. He prioritizes time for his eight children; makes daily phone calls to the top 70 stores with 84 Lumber to congratulate them on their daily sales and top margins — something he’s done for 65 years; works on continued development, expansion, and ideas for Hardy World — a private equity and real estate development firm he leads with daughter Taylor; collects curious pieces of art; and doesn’t hesitate to make a difference wherever he can in his community.

He’s a willing mentor, and with the wisdom, discernment, and experience of living 100 years, his advice to young entrepreneurs is worth listening to: “Keep an open mind. People are everything. Sometimes you have to tickle their brain to truly find out an individual’s goals and analyze what they are seeking. However, trying to evaluate an individual and catering to their desires will lead to ultimate success. It is a matter of a team, and you must be willing to take the positives and negatives. The failures are an opportunity to learn and strengthen a team. Attitude will surely set you apart and make you excel.”

The Hardy family looks forward to celebrating the milestones and memories of 100 years with Joe on January 7, 2023. There’s more to come in the years ahead for “The Lumber Lord” and this American success story.

UPDATE on Jan. 7, 2023:
It is with heavy hearts that we announce the passing of Joseph A. Hardy, III. The Hardy family lost their patriarch and an all-around great man. Many knew Joe as a brilliant businessman and enthusiastic entrepreneur. Even with his vast success, Joe always remembered what matters most: people. He helped make the American dream real for so many, and he will be greatly missed.

Joe proved that nothing is impossible by willing himself to his 100th birthday. His family is beyond proud of him for making this final accomplishment. 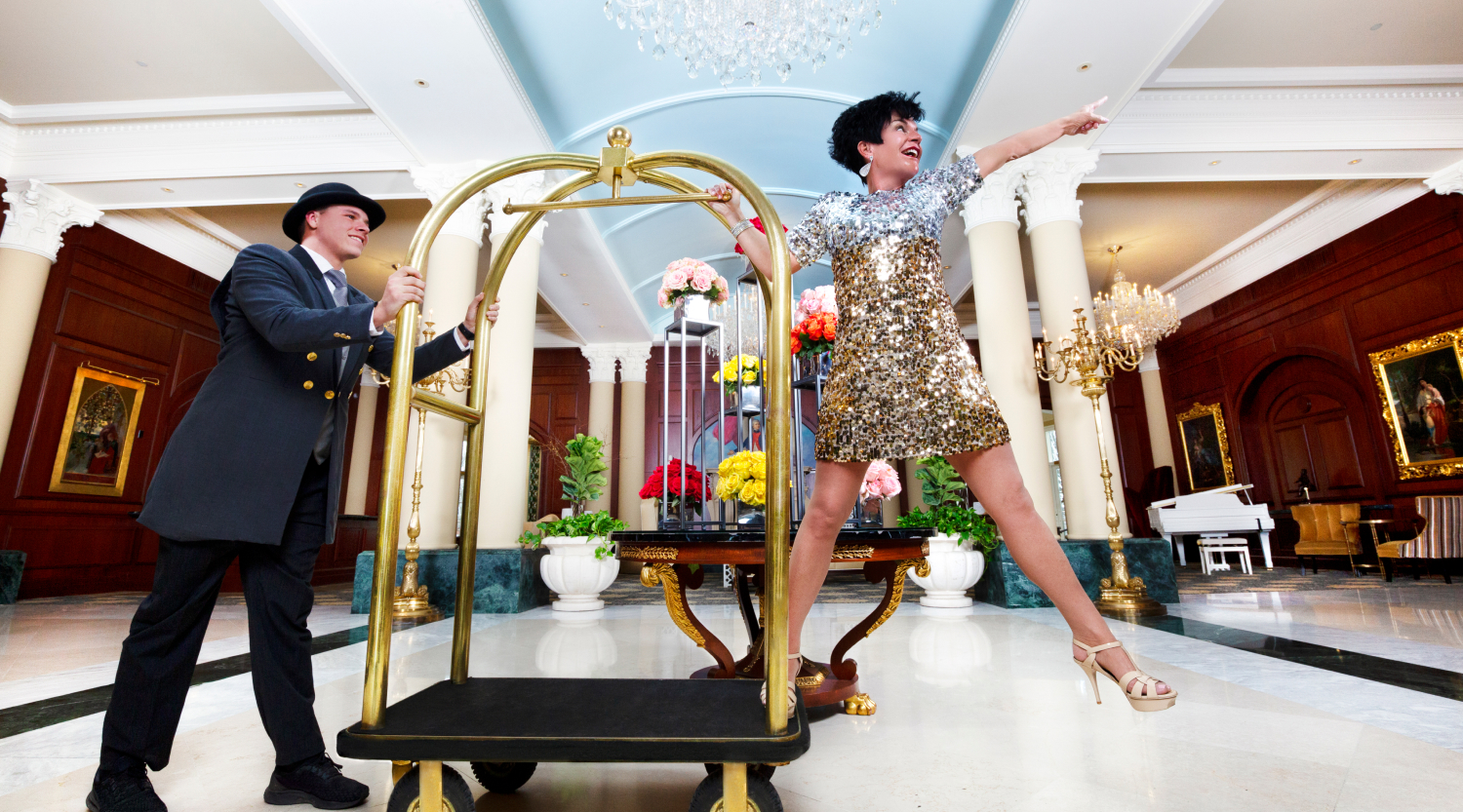 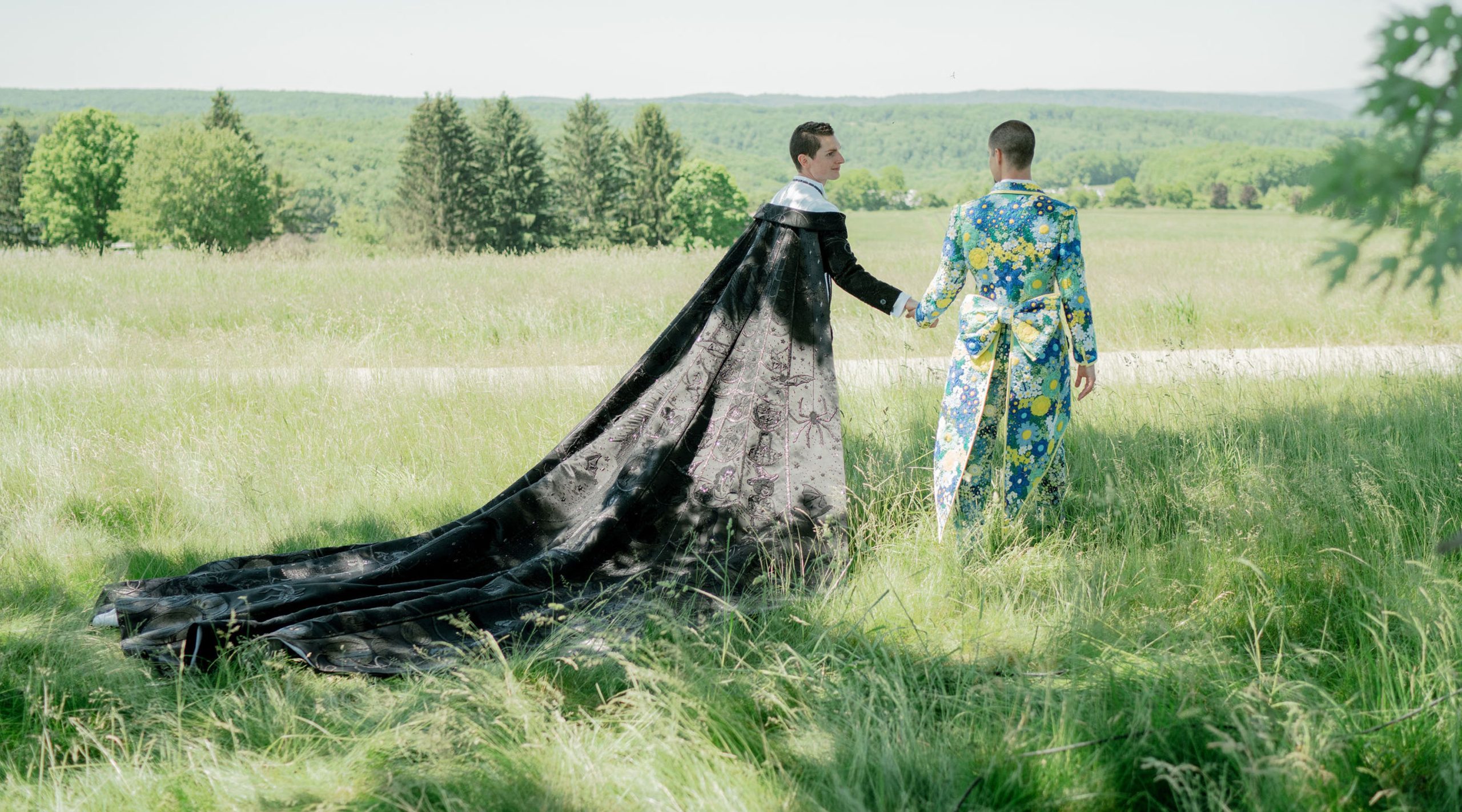 There's No Place Like Home for a Nemacolin Wedding Bygone Billiards at The Tavern

Welcome to The Nemacolin Times, a place of endless inspiration and your place to discover what makes Nemacolin...

There's No Place Like Home for a Nemacolin Wedding

Dreams really do come true with a Nemacolin wedding. Take a look inside the Liquorice union of PJ Magerko and ...

Bygone Billiards at The Tavern

Gather your crew for burgers, bleu fries, and your favorite brew to enjoy the tunes and try out your bank shot...

A resort like no other, Nemacolin has been creating magical moments in Pennsylvania's Laurel Highlands since 1987.